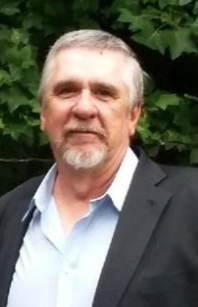 Paul Meyers recently earned TMC's 2020 Wheel Master title. There was no better time to congratulate Meyers on his accomplishment than on his 25th anniversary with the company.

In a world of over 100% turnover at times, Meyers' loyalty to his company is extremely noteworthy: each of his 25 years were spent with TMC.

The Wheel Master award is the highest honor given to drivers at TMC. It was created as a way to recognize the best of the best among a fleet of impressive drivers. With a remarkable 2,959,806 safe miles under his belt, Meyers is clearly dedicated to safety and is an expert at securing all of the
different types of loads he hauls. Safe drivers rely on proven methods to head off danger and he knows to stay vigilant.

Reflecting on his success, Meyers recognizes the invaluable advantage of support from the families of drivers. He gives credit to his own family for their encouragement to him over the years. His wife, Theresa, has ridden full time with him in his truck for the last 18 years.

“I couldn’t believe it. I never dreamed it would happen,” Meyers said of the recognition. Although he didn’t anticipate the distinction, Meyers said Theresa predicted he would be a Wheel Master because of his success and passion for TMC.

“Paul is a very loyal and hardworking individual. That hard work and his dedication to his craft has made him an invaluable resource for the Specialized Division and for TMC,” said Brent Smith, Myers' Fleet Manager. Smith and Meyers worked together for eight years; Brent was thrilled when he was able to congratulate him with the good news.

Meyers shared that traveling the open road offers a certain kind of peacefulness that we often hear about from drivers. There is a sense of freedom that he enjoys without being tied to one location all the time. He plans to drive for a few more years. Then he will spend his time camping, relaxing, and taking it easy.

While reminiscing over the last 25 years, Paul explained how much that the industry and his job has changed. Paul has adapted to the changes and makes the most out of every day on the road. He makes it sound easy, saying, “I just come out here and do my job."

J&M Tank Lines' Henderson Driven by Safety, Giving Back
By Al MuskewitzDarrien Henderson remembers a conversation he had with a long-time trucker early in his driving career when gas was cheap and the roads were wide open. It might have taken place in a driver’s lounge or maybe in the cab with a tra...
Averitt Express Celebrates 50 Years
Transportation company marks official date of its 50-year anniversary with celebrations across the country; 5 drivers drawn for 2022 trucks COOKEVILLE, Tenn. – Averitt Express recently marked the official date of its 50th year of service with ...
Robida Earns TMC's Monthly Trainer Award
A big reason drivers move into the arena of becoming trainers is the influence their own trainers have had on their careers.That's what prompted Richard Robida to make the move.Robida said he had a "great trainer" coming up and he wanted to have the ...