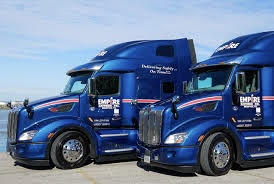 Empire Express, a Memphis, Tenn.-based carrier dedicated to delivering its no-touch freight in a safe and timely manner, is now offering its drivers the largest pay increase in company history.

Starting April 1, Empire OTR drivers will earn between 55 and 65 cents per mile depending on experience. The increase represents a bump of 3 to 7 CPM from its previous pay scale.

Ed Gatlin founded Empire Express, Inc., in 1985 to help a group of drivers who had been loyal to him in a smaller fleet that had been rejected by a big multi-national corporation and has grown it into one of the recognized leaders in its segment of the industry.

The carrier now serves the 48 continental states, Mexico, and Canada, and handles no-touch cargo that requires time-sensitivity, safety-sensitivity or both with premium equipment that carries the latest technology. It recently purchased more than 100 2020 and 2021 Peterbilt 579s and the average age of its trailers is less than 10 years.

“Our philosophy, ‘Treat People Right,’ started with founder and owner, Ed Gatlin, back in 1985,” the company says. “To ‘Treat People Right’ is the way we do business and it applies to all aspects of Empire Express. It’s part of our culture.”

During the announcement of the pay increase, Empire Express recognized its Drivers of the Year – Troy Salois and Marvel Taylor. 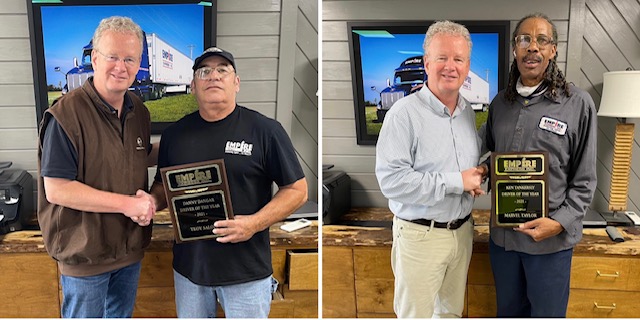 ATA Honors Drivers, Professionals of the Year
The Alabama Trucking Association recognized its Driver of the Year Monday night at its annual Fleet Safety Awards banquet and both the winner and runner-up come from the same carrier –Blair Logistics.The ATA Driver of the Year is William Brown ...
Hiremaster Expands Presence at MATS
Visit the Hiremaster Booth (67072) in the West Wing at MATS By Al MuskewitzAs the country and its truckers continue to come out of the COVID-19 pandemic and the demand for drivers resumes, Hiremaster is poised to meet the need by enhancing its posit...
TMC Names Nadeau Trainer of the Year
Known for his professionalism and excellentrepresentation of TMC Transportation’s training standards, Matthew Nadeau has been named the company’s 2021 Trainer of the Year.Of his 10 years of drivingexperience, Nadeau says he never expected...