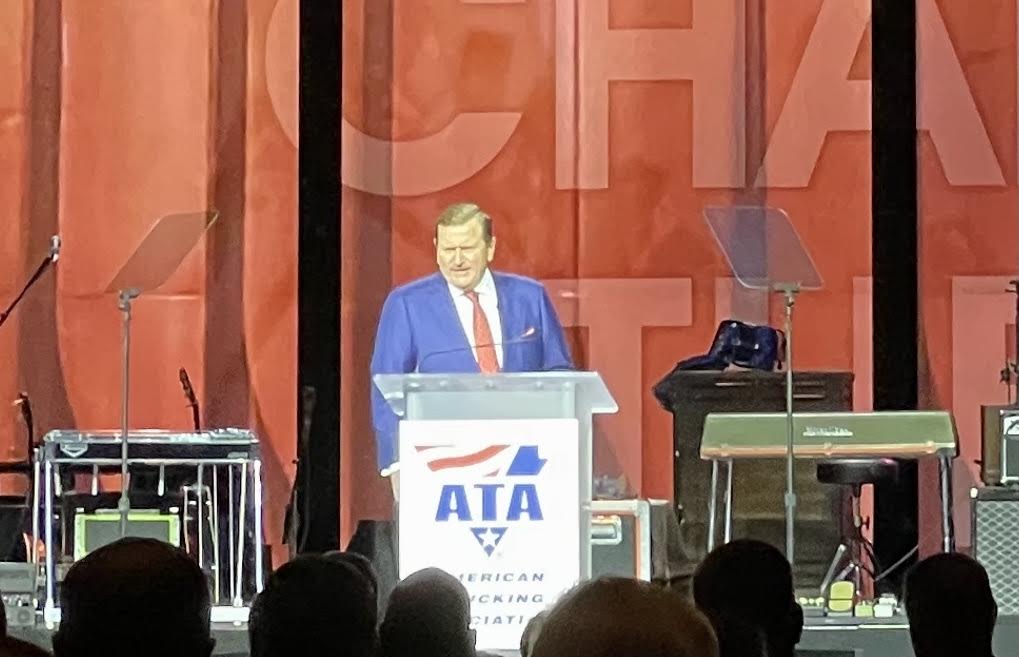 “This couldn’t be a better time to be not just a member of ATA, but chairman of the board,” Sumerford said. “I’m honored and humbled to be chosen by my fellow members to represent ATA and the trucking industry at this critical time.”

He is the third trucking leader from Alabama to lead the ATA as chairman, following Jack Cole of Jack Cole Co. (1953) and S. Earl Dove of AAA Cooper (1985).

“It is a historic day in Alabama Trucking,” said Mark Colson, the Alabama Trucking Association’s president and CEO. “We are so fortunate to have him leading our national industry and so proud that he’s from the Yellowhammer State.”

Sumerford has been deeply involved in the trucking industry. He is a past chairman of the Georgia Motor Truck Association (J&M Tank Lines started in Americus, Ga.) and the National Tank Truck Carriers. In addition, he and J&M have been longtime members and supporters of the American Transportation Research Institute and the Truckload Carriers Association.

Under Sumerford’s leadership, J&M Tank Lines has won numerous state and national safety awards and an ATA Mike Russell Trucking Image Award for the company’s work during the pandemic.

Colson called him “a doer” and “an advocate.”

“Harold is the consummate professional, and a tremendous ambassador for our industry,” ATA president and CEO Chris Spear said. “His story – working in the family business until he ran the family business – could not be more representative of what trucking is all about. I’m looking forward to working more closely with him as chairman and want to congratulate him on this honor.”

Colson had not built a relationship with Sumerford until coming to the Alabama Trucking Association, but there was an encounter early in his tenure that let him know the new national chairman was comfortable with any constituency.

In a private setting with Sen. Tommy Tuberville, Sumerford was explaining some of the dynamics of a weight distribution issue for tank truck carriers that was part of a future piece of legislation. It’s a complicated subject, but when the short conversation was over Tuberville said he had a better understanding of the trucking industry.